What Is the Optimal Diet?

“What is the Optimal Diet?” England has been keeping mortality statistics since 1665, then yes, one person fell down some stairs and died, but in that week, nearly 4,000 people died of the plague. Today, the modern plague is heart disease, the #1 killer of men and women, but it wasn’t always this way. If you dig back into those old statistics, by the middle of the last century, heart disease was already killing off 5 to 10% of the population, but it was practically unknown at the beginning of the 20th century. Check out the natural history
of coronary heart disease just in the 1920s and 30s, skyrocketing 10-fold in men and the same in women. What was going on? A clue could be found if you split people up by socioeconomic class. (You can tell this was a paper written about 1950 because it’s split into Males and… Wives.) It was the richest folks who had up to triple the heart disease as the poorest.

Maybe, it had something to do with their rich diets… You don’t know, until you… put it to the test, and in doing so discovered the natural cure of coronary heart disease, discovered decades ago by Pritikin, a plant-based diet and lifestyle program, followed by Dr. Dean Ornish, and then Esselstyn at the Cleveland Clinic, but how many know of the name Hans Diehl? Dr. Diehl was the first
Director of Research at the Pritikin Center back in 1976. He was inspired by the amazing results they were getting at the Pritikin Center, amazing results like that of a certain Grandmother Greger, but he recognized the limitations of live-in residential programs, including their cost and the “artificial” living environment that made sustaining the
behaviors more difficult when patients returned home.

So, Diehl developed the “CHIP program” as an affordable 30-day
lifestyle intervention to be delivered in a community setting. Ten years in, Esselstyn encouraged Hans to publish their results in the American Journal of Cardiology. And, here it is: Coronary Risk Reduction
A Community-Based Lifestyle Intervention, famously starts with a quote from the pioneer of
coronary bypass surgery, describing it as only
a palliative treatment. The only way we’re going
to stop this epidemic is through prevention. We know vigorous cholesterol lowering can slow, arrest, or even
reverse atherosclerosis, but it only works if you do it. Live-in programs work because you can control people’s diets, but they’re expensive, and people may go back home to toxic food environments. So, how about instead of them coming to you, you go to them in the community? The original program was 16
evening sessions over 4 weeks, the major focus is to
encourage participants to adopt the “Optimal Diet.” They also encouraged people to walk a half hour a day. But, most importantly, center their diet around whole plant foods. 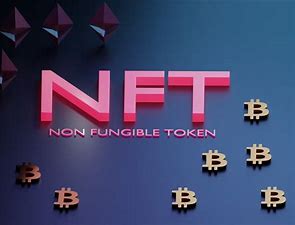 Now, that was the optimal,
whole food is plant-based, but the program isn’t dogmatic, just encouraging people to move along the spectrum towards incorporating more whole healthy plant foods into their diets. They didn’t provide meals, just advice, and encouragement, and… four weeks later got an
average weight loss of about 6 pounds, blood pressure went down about 6 points, and their LDL, bad cholesterol, down between 16 and 32 points, and fasting blood sugars dropped as well. Often, participants were able to decrease or discontinue antidiabetic, cholesterol-lowering, and
blood pressure-lowering medication, making their findings
even more extraordinary. Better numbers on fewer drugs. Live-in programs, like
Pritikin and McDougall, are great in that you can
optimize the clinical benefits, but they can cost thousands of dollars— in addition to missing work, whereas CHIP is cheap, and they’re living at home; so, it’s not like they’ve been spoon-fed some perfect diet for a few weeks in some spa and then go back to their cupboards of cookies. CHIP is a free-living program, that teaches people how to eat and stay healthy within their home environments.

Well, at least, that’s the theory. These remarkable results were after just 4 weeks in the program. The true test will be to what extent people adhere to their new lifestyle and sustain their health benefits for weeks, months, or even
more than a year later, which we’ll explore, next.

These symptoms are often connected to hormonal imbalance. I’ve been there too! I have developed a program to help you get your body back in balance.

You deserve to feel great. After all, this should be the best time of your life! Let’s talk about how to get you started on the path to feeling amazing.” 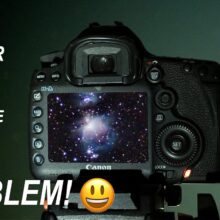